Select your preferred hotels and we'll negotiate the best deal for your group.Choose up to 5 hotels to receive your custom group quote within 24 hours.

Based on your request criteria we are displaying hotels out of a possible to show you. 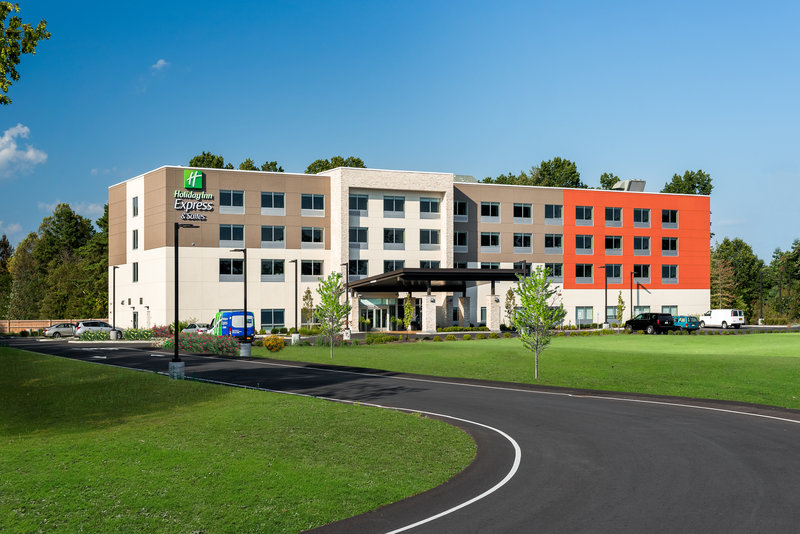 Welcome to the Holiday Inn Express & Suites in the Queensbury-Lake George area!! Stay productive and leave refreshed while visiting the surrounding areas of Glens Falls, Queensbury, Lake George and Saratoga Springs! Located at the base of the Adirondacks, families will love the adventure of the beautiful mountains and our corporate guests will enjoy our easy access to area businesses. We are proud to be in proximity to local companies such as Nielsen, AngioDynamics, Finch Paper, Glens Falls Hospital, and many more! We will gladly open our gorgeous meeting spaces for their needs in two different flexible spaces. Attractions in... 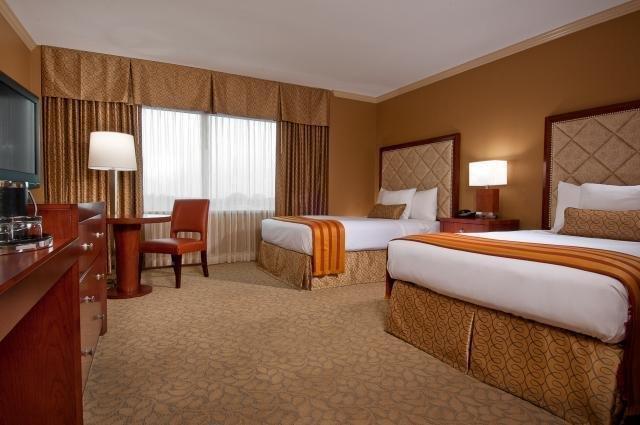 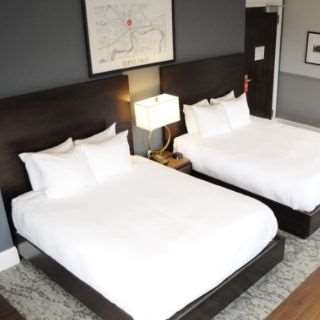 The Queensbury Hotel is a full service historic hotel located in the heart of Downtown Glens Falls NY. Conveniently located 10 miles south of Lake George Village and 15 miles north of Saratoga Springs The Queensbury is the ideal spot to access all of our regions attractions. Featuring 125 accommodations 2 distinct restaurants on site a barber shop a beauty bar pool and 24 hour fitness center. The Queensbury Hotel also provides a wide variety of meeting space for rental to host your next gathering or corporate event. 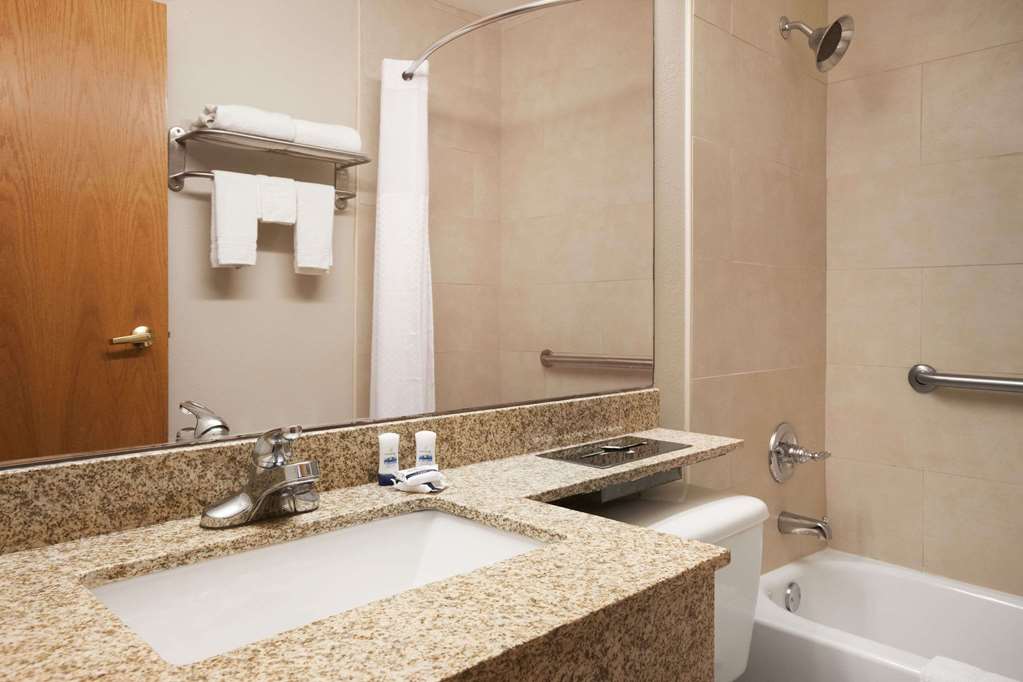 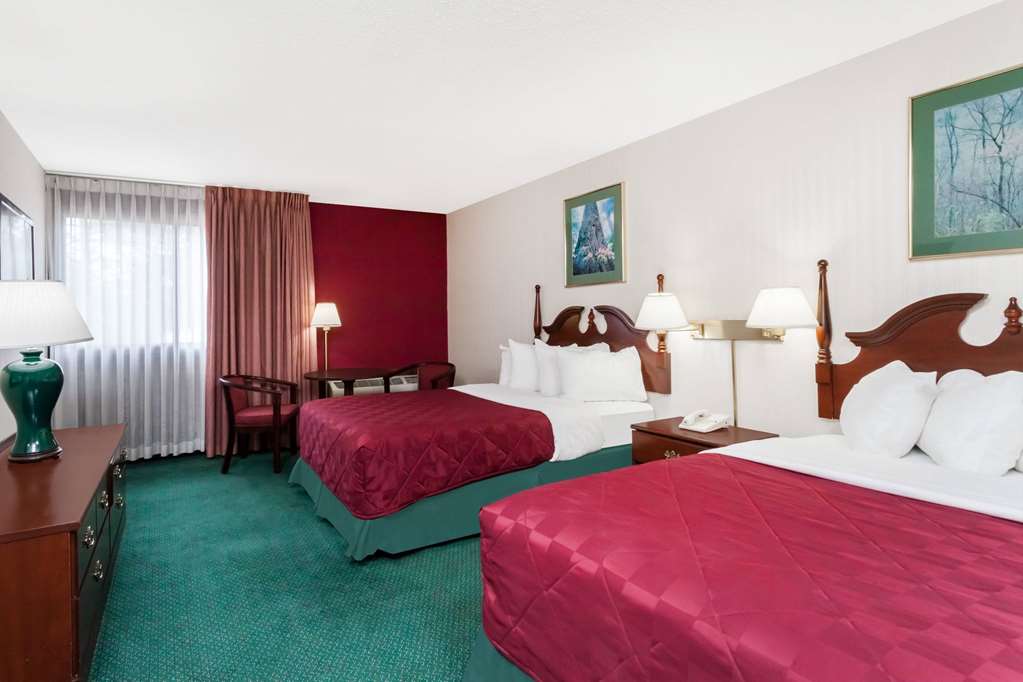 The Baymont by Wyndham Queensbury/Lake George is located just off Interstate 87 at Exit 19, minutes from downtown Glens Falls, NY. The hotel is approximately eight miles from the Warren County Airport and forty miles north of the Albany Airport.nnThis Glens Falls hotel is a central location for destinations such as Lake George, Queensbury, Saratoga Springs, and the Adirondack Mountain region. Area attractions include the Glens Falls Civic Center, Great Escape Six Flags Theme Park, Splashwater Kingdom, Hudson River Railways, and the Adirondack Museum. Lake George Steamboat Company and all lake activities are just minutes away. Onsite, we offer a...

Stay a while at our new, pet friendly Home2 Suites by Hilton Saratoga/Malta. Conveniently located just seven miles from downtown Saratoga, which has a variety of other shopping and dining options. Youll feel right at home in our spacious suites offering a well-equipped kitchen complete with a full-size refrigerator, dishes, microwave and flatware. Each suite features movable furniture, perfect to redesign the room to fit your business and living needs. Enjoy the open and airy layout of your suite, which features furnishings made from recycled materials. Unwind in the heated indoor pool or relax on the outdoor patio. Wake up... 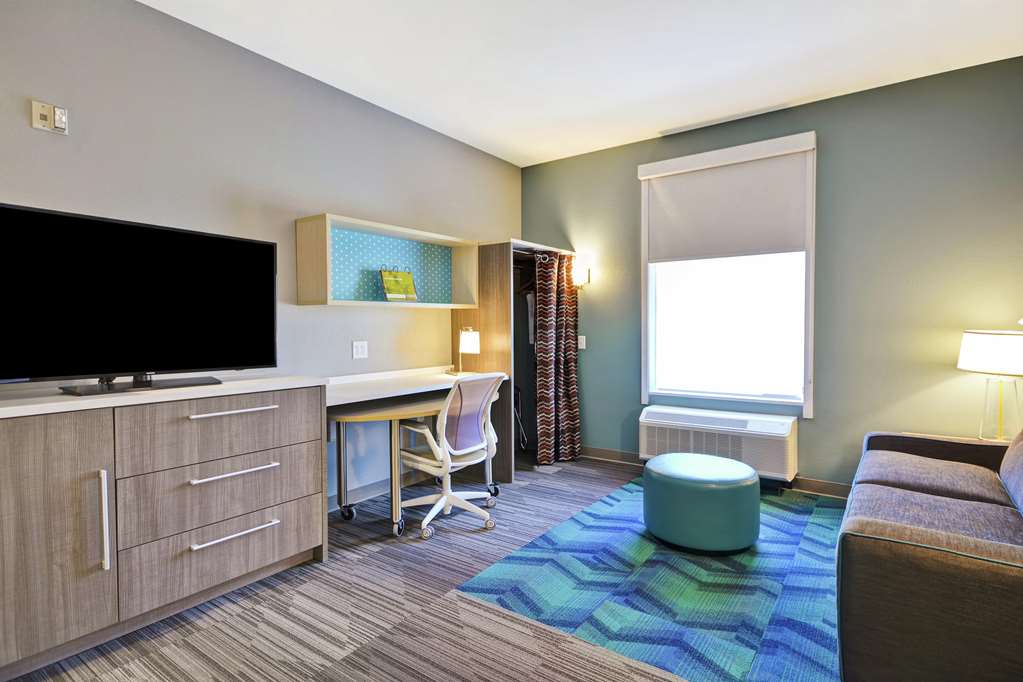 Home2 Suites by Hilton Queensbury Glens Falls is conveniently located off I-87, just steps from shops, dining and cinemas at Aviation Mall. Minutes from major offices like Barton and Gracenote, our extended-stay hotel is also just 10 minutes to Lake George and 20 minutes to Saratoga. Were nestled in the foothills of the beautiful Adirondack Mountains, within easy reach of hiking, boating, golfing and skiing. Relax in a comfortable and colorful suite with living, sleeping and dining areas. Free WiFi, a 50-inch HDTV, premium cable, full-size sofa bed, rolling work desk and bulk bath amenities are just a few of...

Experience modern conveniences and warm hospitality at the Embassy Suites Saratoga Springs hotel. Our hotel in historic downtown Saratoga Springs is ideal for business trips or extended vacations; offering easy access to lots of major businesses and laboratories, and a wealth of unique shopping, dining and entertainment opportunities. The city center and the Saratoga Race Track are just a short drive away, and the Saratoga Springs Heritage Area Visitor Center, Congress Park and Canfield Casino are all within walking distance. Albany International Airport is just 30 minutes by car from of our all-suite hotel in Saratoga Springs. Settle into a... 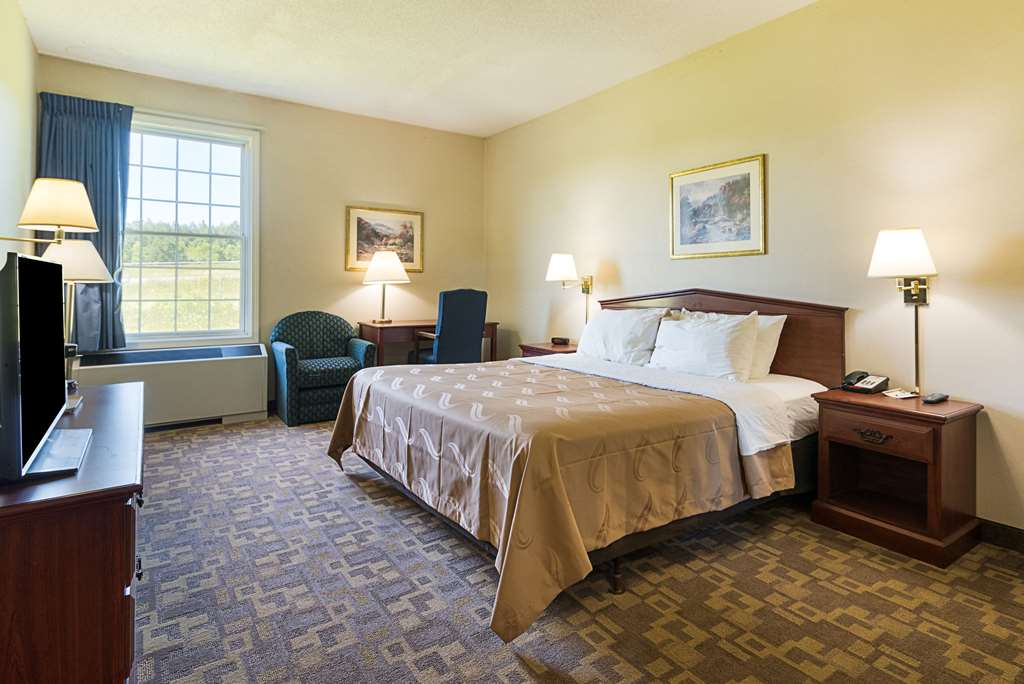 Get your moneys worth at the pet-friendly Quality Inn and Suites Schoharie near Howe Caverns hotel in Schoharie, NY near Old Stone Fort Museum. We are located off Interstate 88 near Schoharie Valley Farms, Hive Gift Shop, Iroquois Indian Museum, Howe Caverns and Secret Caverns Park. After a long day out and about, relax with hotel amenities like free breakfast, free WiFi, an exercise room, meeting rooms, banquet rooms, a business center and more. Your inviting guest room includes a coffee maker, flat-screen TV, hair dryer, iron and ironing board. Earn rewards with every stay with our Choice Privileges Rewards...

Stay at our boutique Century House, Ascend Hotel Collection and enjoy Latham, NY in the Upstate area. We are close to several local attractions, including Rensselaer Polytechnic Institute RPI, SUNY Albany, Siena College, Russell Sage College and the Colleges of the Nanoscale Science and Engineering. Each guest can enjoy a free hot buffet breakfast, free WiFi, and a restaurant within our hotel. Enjoy our exceptional accommodations, which feature a coffee maker, irons, refrigerator, microwave, hair dryer and HDTV with HBO and Showtime. Join our Choice Privileges program and start earning reward points with your next stay. 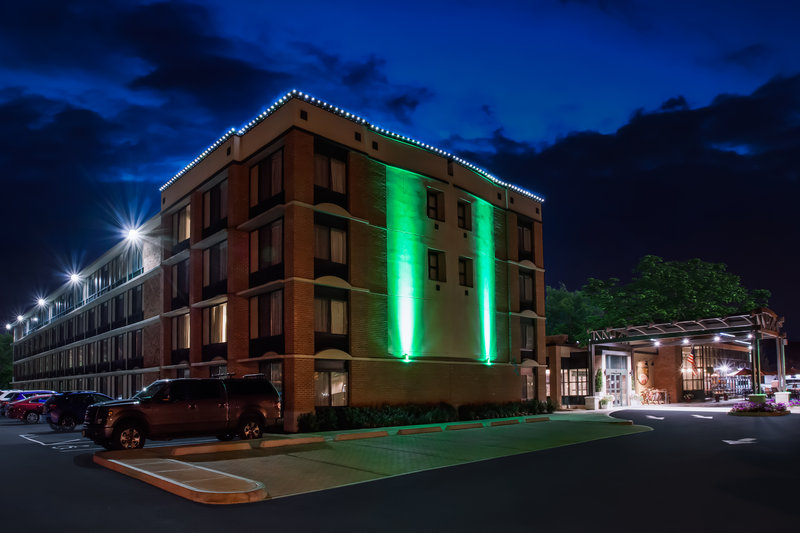 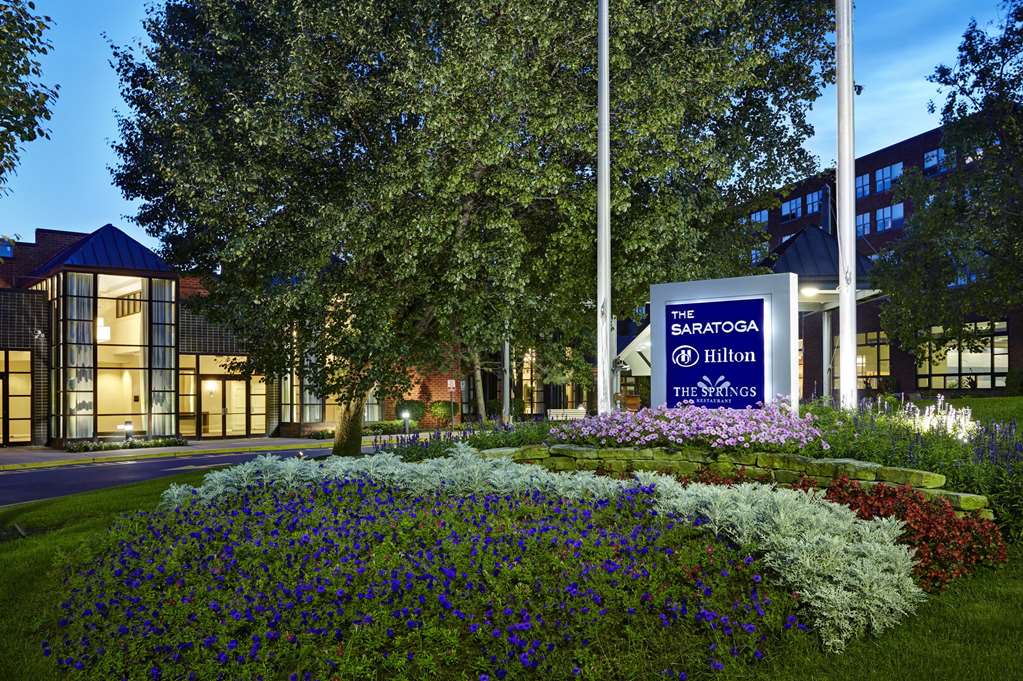 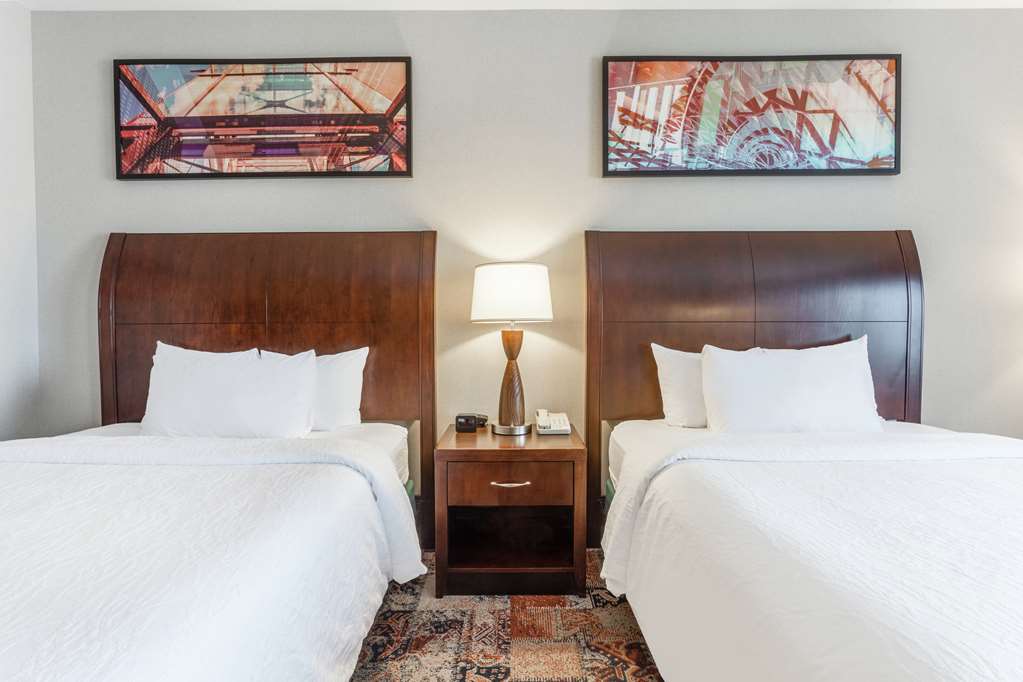 The Hilton Garden Inn Albany/SUNY Area hotel in Albany, New York, is in the SUNY/State Office area, directly across from the SUNY Polytechnic Institute and SUNY Albany. Our hotel is 1/4-mile west of the Harriman State office Campus, with easy access to downtown Albany and the Albany International Airport (6 miles). When guests are ready for dining or shopping, many options are just down the road on Washington Avenue or at the nearby Wolf Road area. More restaurants are along Western Avenue, just south of the hotel. The 126-room hotel features The Garden Grille & Bar (serving breakfast and dinner,... 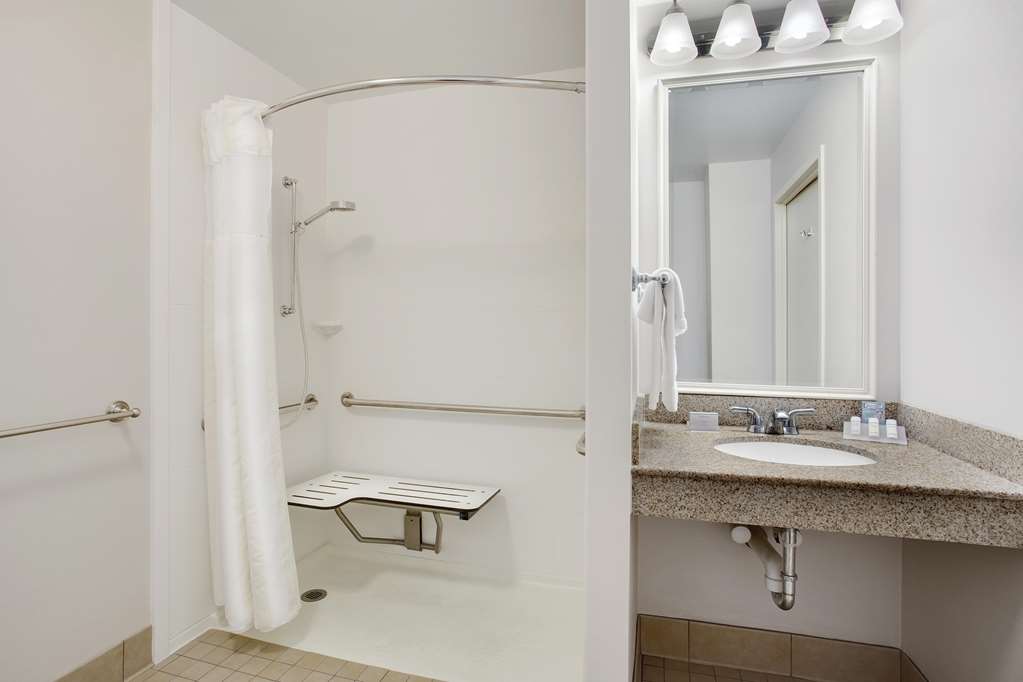 Located in beautiful Saratoga Springs, New York, the Hilton Garden Inn Saratoga Springs hotel is the ideal location for short and extended stays in this historic town. Within walking distance of downtown Saratoga Springs and the award-winning Thirsty Owl Winery, our hotel offers business guests everything they need for a successful trip to New York. Enjoy the little extras, including complimentary WiFi throughout, and spacious rooms with a hospitality center offering a microwave, refrigerator and Keurig coffeemaker. The Hilton Garden Inn also offers an indoor heated salt water pool and spa, complimentary access to the local YMCA, cooked to order... 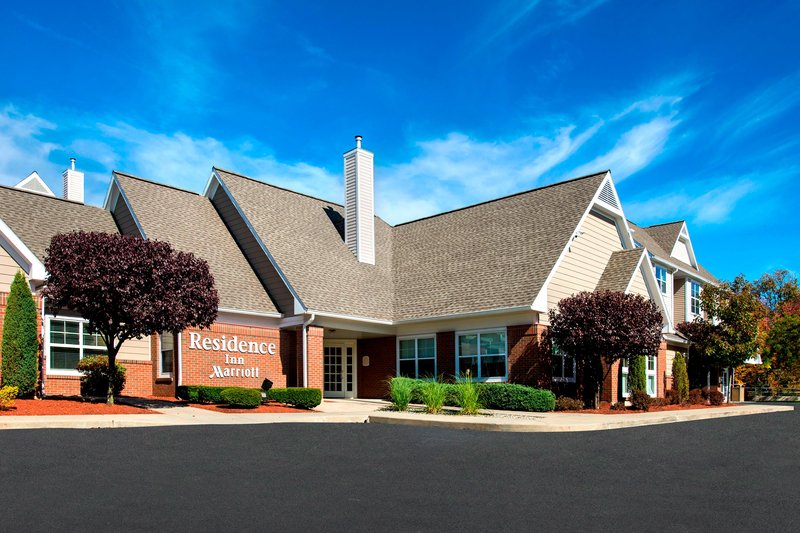 Located in the heart of the Albany Capital District, the Residence Inn Albany East Greenbush at the Greenbush Technology Park offers the perfect extended stay hotel experience! Close to Albany, Rensselaer and Troy, the hotel is convenient to Egg Performing Center, Palace Theatre, RPI Technology Park, Times Union Center and more. Our residential style suite is designed to help you thrive on long stays, offering seamless blend of style and functionality. We offer a fully equipped kitchen with refrigerator, stove top, microwave and dishwasher. Productivity and convenience are attainable with complimentary High Speed Internet Access and the business center. Join... 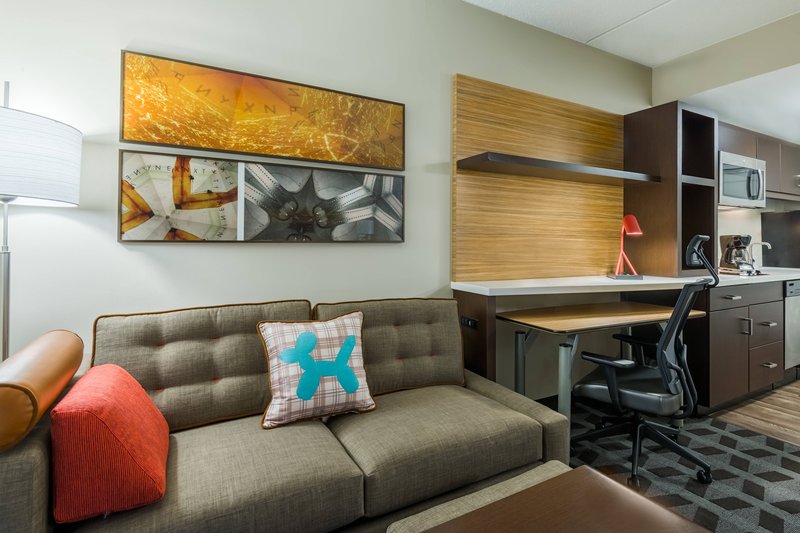 Make yourself at home at TownePlace Suites® by Marriott Latham Albany Airport, where youll be greeted by a team thats committed to provide a clean, safe and inviting environment. Take advantage of our free airport shuttle (based upon availability) to Albany Airport, a short 4 miles away. Were centrally located to Saratoga Race Course, RPI, SUNY Albany and Siena College, making us an ideal choice! Downtown Albany is only 10 miles south and were also within walking distance to a lot of great local restaurants and shops. Enjoy roomy suites that are fresh, fun and functional. We offer studio, 1-... 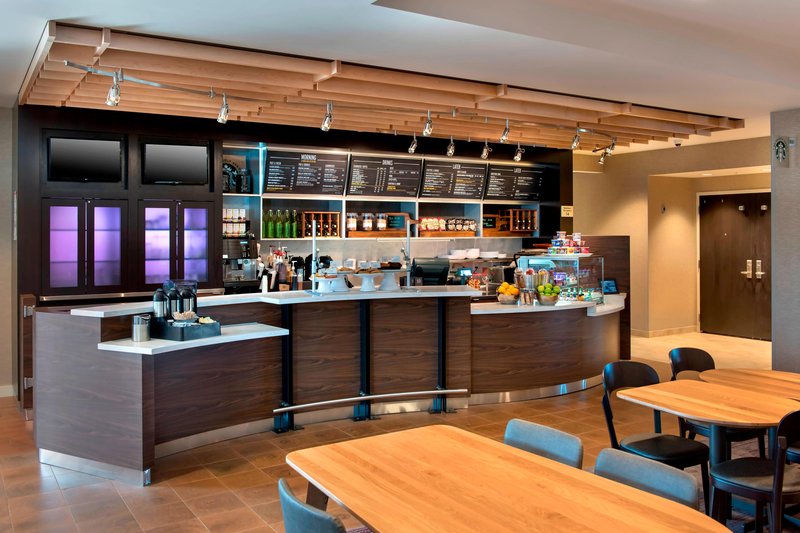 Relax by the river while being in the mix of it all at the Courtyard Schenectady at Mohawk Harbor. Downtown Schenectadys newest addition is perfect for guests looking for something new and different. Enjoy the great location by Proctors, Union College and SCCC. In town for business? Many corporate offices including GE, SI Group, Golub, DSM, Bechtel/KAPL, MVP and more are nearby. When free, check out the 50+ restaurants, the new Rivers Casino and Resort, our river harbor and all downtown has to offer. Complimentary parking makes it easy to come and go. The Bistro, your destination for healthy breakfast... 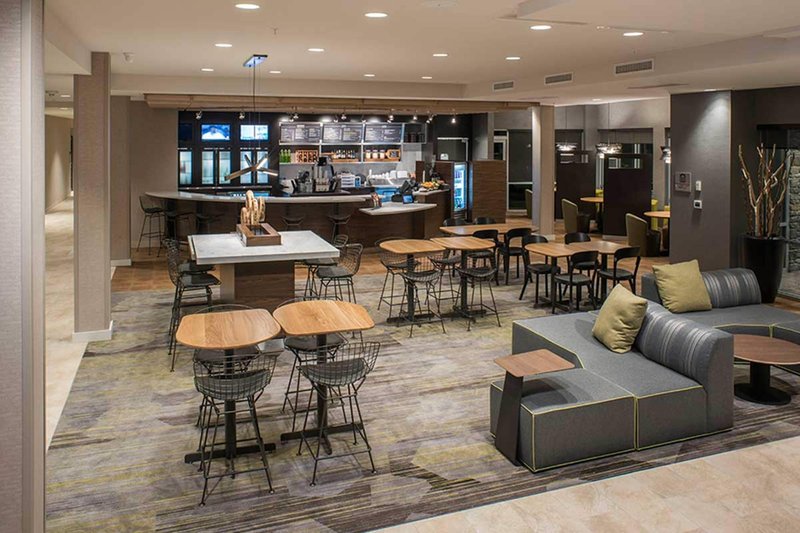 Comfort and convenience blend at Courtyard Albany Clifton Park. Our hotel is your headquarters for discovery. We encourage you to take the scenic route to destinations such as GlobalFoundries, Saratoga Race Course and Clifton Park Center. Join the comradery of the horse races at the Saratoga Race Course, the nation’s third oldest race track. Sleek, modern decor and natural lighting in our rooms create a soothing escape as you sink into our plush beds and curl up with soft duvets. Watch the sun rise while you brew a fresh cup of joe with our in-room coffee makers. Kick-start your morning... 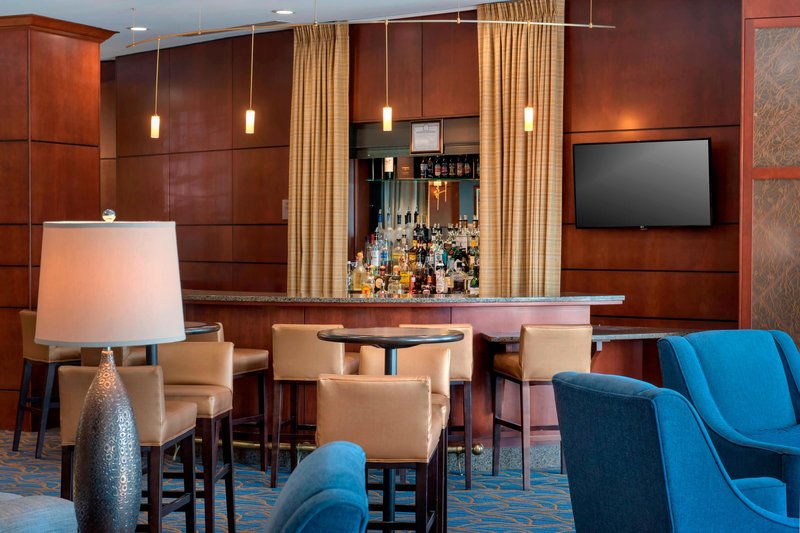